Listed below are the Best Franchises of 2013 as the results of the Entrepreneur’s 34th Annual Franchise 500. 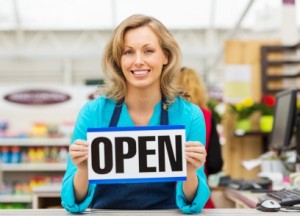 The first Hampton Hotel (first known as Hampton Inn) opened in year 1984 at Memphis, Tennessee. Aside from its’ affordable price, Hampton offers free continental breakfast and free local phone calls. From then on, Hampton Hotel paved its’ way towards bigger and greater improvements such as acquiring new brands like Hampton Inn & Suites, Waldorf Astoria Hotels and Resorts, Conrad Hotels and Resorts and many more. Thus, just last year, the business added new 60 units in the United States and other parts of the world. Such growth is expected to continue on this year, and on the coming years.

Subway is just a simple sandwich store which Fred de Luca and Peter Buck opened in year 1965. So, what makes Subway so special that it is one of the most popular and successful franchises of today?

The secret is within their yummy subs and healthier food choices. Just recently, the store received an award from the American Heart Association tagging the business as “Heart Checked” which means the store offers healthy food choices compared to the typical fast food chains. Hence, it is one of the trends in the United States today (and perhaps in other countries as well) – that is to come up with “slimmer” alternatives to “fatty” food choices, so as to prevent obesity.

Jiffy Lube started in year 1979 under Jim Hindman. It offers services in line with vehicle maintenance, repair, oil change, and many more. However, during the 90’s, Jiffy was acquired by Pennzoil-Quaker State Co, then by the Shell Oil Company later in year 2002. Today, there are currently hundreds of Jiffy Lube branches within the US and Canada. 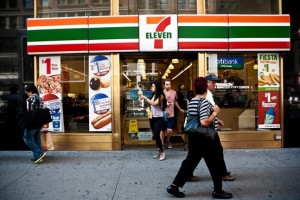 7-Eleven is perhaps the most popular convenience store here and abroad. It is open 24 hours a day, 7 days a week. From food items, to household stuff, magazines and many more, truly, 7-Eleven has everything you need.

In 2012, the store remodeled its’ branches in some locations. The good thing here is; no repair fees and maintenance costs were grabbed from the franchise owners. Isn’t that a great deal? Well actually, it is. For that is the “first time ever” in the history of the franchise industry.

Currently, the business has more than 30,000 stores worldwide.

Supercuts offers quick and affordable hair-cutting services without the need for appointments. It is a middle class hair styling salon which was founded by Frank Emmett and Geoffrey Rappaport in year 1975, and is currently owned by Regis Corporation.

Now, there is definitely no more excuses not to exercise. As what the company name says; Anytime Fitness is open 24 hours a day, 7 days a week. Isn’t that amazing? Now, anyone can pump their muscles no matter what time of the day it is.

The business started in year 2002 and is now continuously expanding worldwide.

Established in 1967, Servpro was a painting business before it was known as a cleaning and restoration company back in year 1969.

Now, Servpro specializes in disaster restoration, offering cleanup and repairs to both commercial and residential customers. The company also offers mold remediation, carpet and upholstery cleaning, air duct and HVAC cleaning, and other related services. More so, this year Servpro will try to place an emphasis on its free ready plan mobile app. Such app will let the users manage some important information with regards to utilities, maintenance and household stuff.

Before it became Denny’s, the company opened as a donut store in 1953 under a business name of Danny’s Donuts. The company then grew and grew, thus, changing its name to Denny’s in year 1966. From simple yummy donuts, now Denny’s serves breakfast, lunch and dinner choices 24 hours a day, 7 days a week.

Who doesn’t know McDonald’s? Perhaps none, since it is one of the world’s most popular fast food chains.

What’s better at McDonald’s these days is that they included some dietary information on their menu. Now a customer would know how many calories are present in each burger he orders. More so, just this year, the company introduced new “healthier” items in their food list. Guess the fast food chain is on its’ way on creating slimmer options now, just like subs.

Pizza Hut became popular not only in the United States but as well in the other parts of the globe. Servicing for more than 50 years now, the store is continuously growing and just last year, Pizza Hut opened 150 more franchised stores in China.